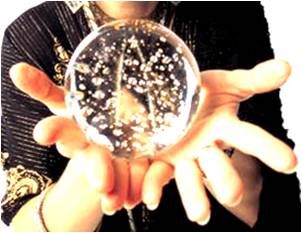 What if, as a manufacturer, publisher or IT company, you could predict the future? You’d probably start off by predicting how much inventory you need to carry, followed closely by predicting the next products your customers are going to want to buy, so you can have them ready and waiting the next time they hit “search.”

Magic? Not really. Impossible? No. Mining the data you already have access to about your customers and web visitors can give you amazing insight into their future behavior and preferences – but only if you capture it and use it.

Case in point: Netflix cashes in on their own crystal ball

When Netflix went looking to produce its own TV show to compete with cable, they – like any other business – wanted to be as sure as possible it would be a big hit. But unlike a lot of other businesses, Netflix captures and mines enormously detailed data on their customers. That’s how they predicted that their new series “House of Cards” would be a huge success before they even taped one episode.

Specifically, Netflix data crunchers used 30 million data tags per day (tags generated by 60 million worldwide viewers) to predict the success of House of Cards. They basically took long tail search (the type most often used for automated recommendations like those on Amazon.com) and used it to predict what their next piece of original content should be. And it worked. 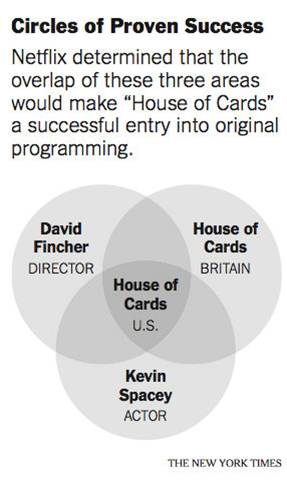 The verdict: data mining works to predict the future

According to Netflix, within weeks of release, House of Cards was the most streamed piece of content in the United States and 40 other countries.

As a fairly typical Netflix viewer, I have to admit that I love political dramas, British shows that are remade for an American audience, and Kevin Spacey. I just never would have put it all together myself, until House of Cards came out, and now I can’t wait for Season 2. And, FYI, we were about to cancel our Netflix membership.

So what are YOU doing with your customer data? “Nothing” is no longer an acceptable answer. Get in touch to find out what we can do for your predictive abilities.