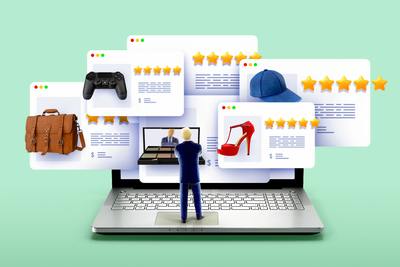 Forester Research projects that online spending in the U.S. will generate $355 billion in 2016, a number that's expected to exceed $400 billion by 2018. With Amazon scooping up an eye-popping 36.9% of all online holiday shopping in 2016, it’s safe to say that Amazon will be raking in a very large percentage of that very large figure. How can you catch a ride on that rising tide? Take a look at the following:

Amazon is rooting out fake and purchased reviews

Up until now, Amazon has been sort of a “Wild West,” but the company is working to reign in sellers, most notably with a prohibition on incentivized reviews, making it easier for legitimate sellers and harder for scammers to game the system. Rumors are flying that Amazon will begin to allow (and encourage) third-party Amazon sellers to use its own Amazon Vine Review program—be sure to jump on it if its offered to you.

What is gating? Basically, Amazon is requiring sellers to prove that they represent the brand they claim they are selling. They are doing it to choke off the flow of counterfeit and arbitraged goods that eat into your profits and tick off customers. Technically this started rolling out in September 2016, so if you haven’t gated your brand yet, don’t wait until 2018. Do it NOW.

For three straight quarters this year, Amazon Web Services (AWS) earned way more profits than their North American retail division. In other words, AWS is supporting Amazon’s retail business, which spends billions of dollars on things like shipping logistics (including planes, trucks, and warehouses to enable faster, cheaper deliveries), Echo Dot and Tap virtual assistant speakers, next generation Kindle e-readers, and proprietary television content for Prime members. In general terms, Amazon spending money to attract and retain Amazon customers is good for Amazon sellers. How long can they keep it up? Hard to say.

Who needs same day deliver when you can Amazon Go?

According to Amazon, “Amazon Go is a new kind of store with no checkout required…enter the store, take the products you want, and go!” The first and only store is located in Seattle Washington, and it’s still in beta with Amazon employees until 2017. Also, the flagship store is set to sell only groceries and ready-made food items, so it’s not clear if this “trend” will ever impact typical Amazon merchandise sellers…but stay tuned.

As always, if you need help sorting out any of these trends—especially getting your brand gated—give us a call.