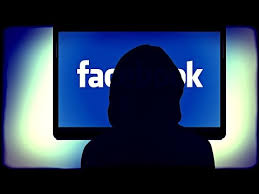 By all accounts, the future of ecommerce is bright and shiny. As of June 2016, the average consumer spent at least $1,800 per year online. And things don’t show any sign of slowing down. Social media outlets are still trying out new ways to get a piece of that very big pie, and Facebook is no exception. Here’s what to expect this year and into the future.

All video, all the time

While daily views on Facebook have increased from 1 billion to 8 billion in the past year, text posts continue to decline. What’s making up the difference? 500 million Facebook users watching an average of 100 million hours of video every day—and that’s just on mobile devices. Facebook’s most recent video feature, Facebook Live, launched just a few months ago, and you can expect that the number of people uploading, sharing, and watching videos on Facebook will continue to skyrocket. If you’re not running videos on Facebook, it’s time to jump on board.

In case you’ve been able to ignore the push for mobile-first web design up until now, Facebook would like to remind you that as much as 50%—and maybe even more—of the traffic you get from Facebook will be accessing your site from a mobile device. If you’re not sure if your website is mobile-friendly or not, you can use Google’s mobile friendly test to find out. While you’re at it, check your website speed using the PageSpeed Insights test. If your website isn’t mobile-friendly or is slow to load, it’s time to get to work.

Facebook launched the chatbot platform in April of 2016, and already boasts 11,000 integrated chatbots to help users with shopping, booking trips, and getting customer service. Facebook reports that they have tens of thousands of developers working on the project, and have signed up more than 23,000 users for Facebook’s natural language processing service, the Bot Engine tool from wit.ai. Why the big push? Maybe it’s got something to do with the fact that Facebook CFO Dave Wehner recently said that “We continue to expect that ad load will play a less significant factor driving revenue growth after mid-2017.” Facebook is clearly working hard to diversify their revenue streams in order to keep shareholders happy.

If you need help getting moving on any of these initiatives, give us a call. Optimizing your Facebook presence is one of our specialties.