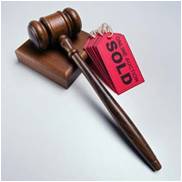 Last month we blogged about how Nike nailed their transition to direct-to-consumer online sales. But that got us wondering about the other guys—the ones who didn’t make it. While there’s a lot to learn from Nike’s success, there’s a lot to learn from companies like Radio Shack, Colt’s Manufacturing, and Quick Sliver clothing—all of them many decades-old manufacturing and retail companies that filed for bankruptcy protection within the last few months.

Radio Shack: While many of its competitors (like Circuit City) bit the dust years ago, Radio Shack actually managed to survive the transition to the internet age by selling peripherals: cords, parts, battery packs and adapters.  With 4,000 company owned stores in the U.S., and over 1,000 dealer franchise stores in 25 countries, RadioShack was slow to embrace ecommerce, instead getting bogged down in supporting it’s brick and mortar locations. But cheap commodities like peripherals that can be “added on” at Amazon or picked up in the check-out line at nearly any store did not prove a compelling enough proposition for today’s connected consumer to make a trip to a specialty store.

Colt’s Manufacturing: Colt has been well-known for its firearms for 150 years, but recently Colt has become a classic example of what NOT to do as a manufacturer. During one of the largest surges in gun sales in history (from 2009-2015), while Smith and Wesson were doubling their revenues and Sturm, Ruger was tripling theirs, Colt was busy 1) losing a key contract to supply the U.S. Army and 2) completely failing to capitalize on rising consumer interest in handguns for concealed carry. These two big missteps led to the company missing interest payments to bondholders and eventually filing for bankruptcy protection.

Quicksilver: Quicksilver is one of the world's largest manufacturers of apparel and sports equipment aimed at surfers, skateboarders, snowboarders, and anyone who just wants to look like one. Quicksilver’s series of misfortunes and missteps included opening too many stores in expensive locations, not competing effectively against smaller, upstart brands,  and alienating their retail channel by deeply discounting goods online.

What could these manufacturing giants have done to avoid falling into bankruptcy? Here are just a few ideas:

These companies didn’t get in trouble overnight, and righting the ship can be a long process that requires long-term concentration and investments as well as a dedication to continuous improvement. If you’re in trouble (or even if you don’t think you are) it pays to take a look at how you could be better supporting your channel and better serving your customers.